Tonight I went to see Transformers 2. Unfortunately, I was not thrilled with the finished product. This will be a painful experience for those who enjoyed the movie. I apologize in advance, but I’m going to be brutally honest… : (

(NOTE! THIS CONTAINS SOME SPOILERS… YOU HAVE BEEN WARNED!)

Let me start off by stating that I had high hopes for the sequel. I thought that maybe the creators would try to redeem themselves for killing off my favorite character, Jazz, and butchering the original storyline.  I admit I still held a grudge against them for that but it didn’t stop me from seeing the movie (even after I received a spoiler that they didn’t bring him back in the second film).

I believe in creative license. As an artist it’s necessary to take a creation and make it your own. Customize it, so to speak. I assumed that the added hour of movie time would prove to be a lagniappe. I was ready to be drawn deeper into the chaos left behind by the first film (The obvious cliffhanger had hooked me).  But it didn’t take long before I wanted to throw the extra hour in their face and demand to know where they got off adding in all that unnecessary nonsense!

No, I did not expect them to stick to the original plot. Logically, that is impossible. They’ve got a limited amount of time to orient the audience with the film’s premise, its characters, and the universe in which it takes place. Not to mention the fact that the plot must continue to move at a reasonable pace.

However, I lost count of how many times I shook my head or thought, “Really? Really?? You’re just gonna put that in there, huh?” Granted…the generation that grew up on Transformers is now in the 20s-30s range. I remember watching it with my dad. I won’t base my like or dislike of the film on sentimental value though. What I will say is that Transformers was not that… vulgar. Not even close. It wasn’t stereotypical either. Yes, there was a lack of people of color. I’d have to say that Jazz was especially cool because you had this inkling he was a Black man. : ) I could identify with him at least to that extent since the only humans they interacted with looked nothing like me.

But seriously, the Twins…were they necessary? I won’t even go into the film makers choice of designs for the Twins. No, I’m not touching that or else I may blow a fuse. But I will address one of the twins obvious use of one of the derivatives of the n-word. I don’t remember which twin it was (and frankly, I don’t care), but was it necessary to add that word in there? Whether it was meant as the equivalent of brotha, homie, partnah… I don’t really see its relevance.

Do the film makers think our generation will be impressed by the Autobots’ new lingo? Yeah, they were pretty corny in the television series but I don’t think that vulgarity is going to automatically make us embrace  it as adults. The dogs ‘assaulting’ each other, the robot ‘assaulting’ Mikaela’s leg, and Sam’s mom’s ‘potty mouth.’ I just raised an eyebrow and wondered again, “Was that necessary?” One of the few ‘goober moments’ I would have kept would be the parachute that was basically farted out of the ancient’s backside… (And that’s probably due to the fact that I have male friends who think that sort of thing is hilarious and I’ve been unwittingly exposed to their twisted senses of humor).

Some things I will admit added to the film. It’d be boring if it were addressed in a business-like manner. But come on… “Enemy scrotum?” So basically… The film makers went from not wanting to explain the gender of Arcee (and inevitably nixed her from the first film) to alluding to the Transformers having genitalia? O_o

And mixing up the different robots… I’m not going to nitpick about it. Although after hearing buzz about them possibly working Unicron into the franchise I did a double take when one Decepticon, in particular, came on screen. He was another no-name Decepticon, but I’m gonna assume he was a knock-off of the Constructicons. All of a sudden the Constructicon knock-off decides to start inhaling everything in his general vicinity. I realized then that the director (I refuse to refer to him by name in my anger… sorry … my displeasure…) doesn’t really want to create new Transformers. No, that would take effort. He decides to mix them all up. Surprisingly, this doesn’t bother me as I can see why he would go for such a method. I am, however, bothered by the fact that the ‘new ‘ Transformers quite simply… suck! He could have kept that! 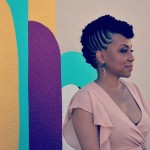